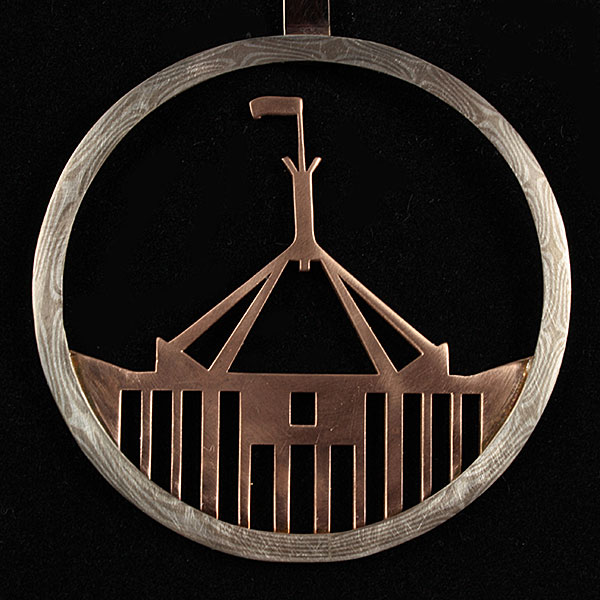 It all began one morning when I was driving from home to my studio in the city , going past the extraordinary impressive structure that is Parliament House. I suddenly understood the connection between Australia, its parliament, its people , and the Mokume Gane technique which I have been fascinated by. This is how the idea of making this clock was born…

The Always Clock tells the story of my personal experience and perspective of Australia as an immigrant: its beautiful landscapes, diverse and welcoming society, its natural wealth and its democratic political process.

I believe I have succeeded in utilizing the Mokume Gane as an ideal medium for depicting the multifaceted character of Australia accurately and authentically :The map of Australia with all its colours and shapes portrays its iconic landscapes and magnificent natural beauty, as well as a vibrant and multicultural society, whose diversity poses both challenges and opportunities for the future.

The Always clock was displayed at the Australian Parliament House in Canberra twice : From late August 2012 till December 2012 during the time of the Labor party in government, under the leadership of Ms. Julia Gillard, and the second time From December 2013 till December 2014 during the time that the Liberal Party was in power, under the leadership of Mr. Tony Abbott. How suitable for this unique piece of art to be exhibited both times in the suite of the Speaker of the House, Mr. Peter Slipper, the first time, and Mrs. Bronwyn Bishop the second time.

The photos here were taken at the presentation of the Always Clock to the Parliament in Canberra in August 2012. 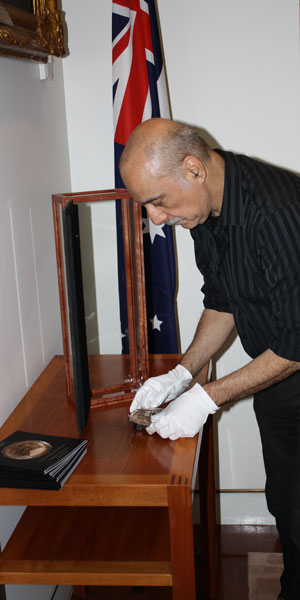 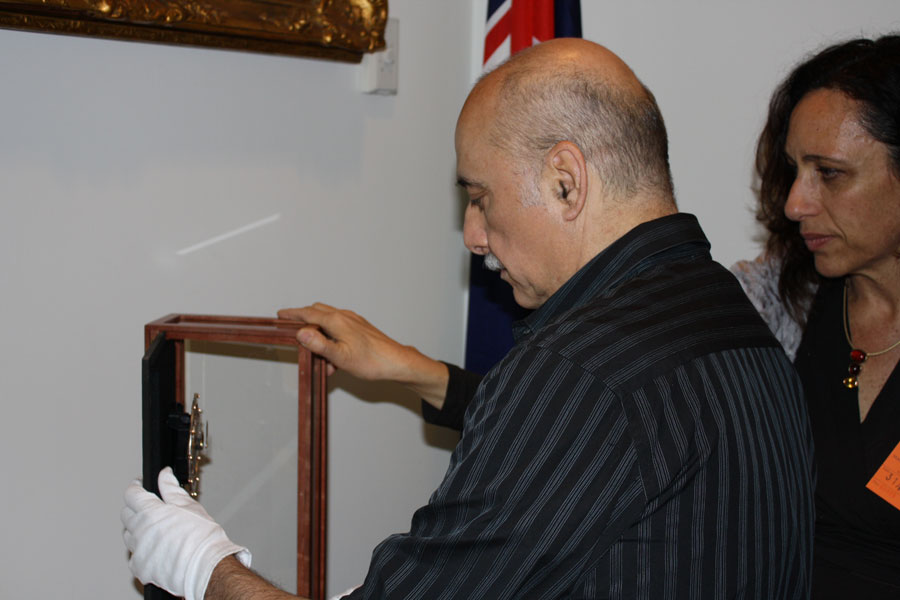 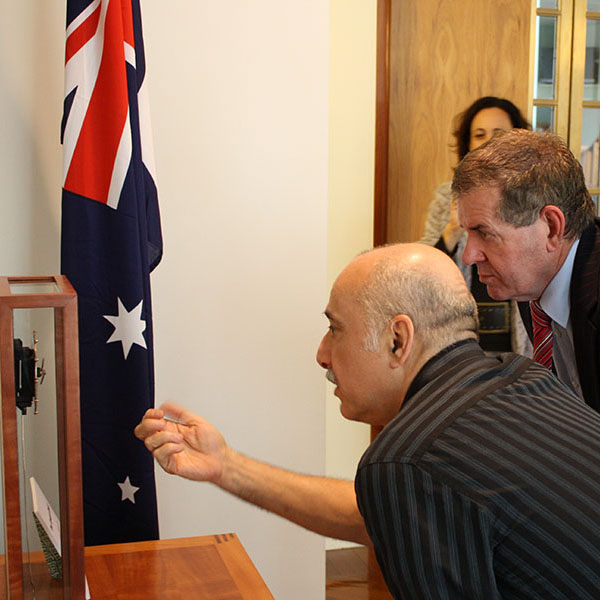 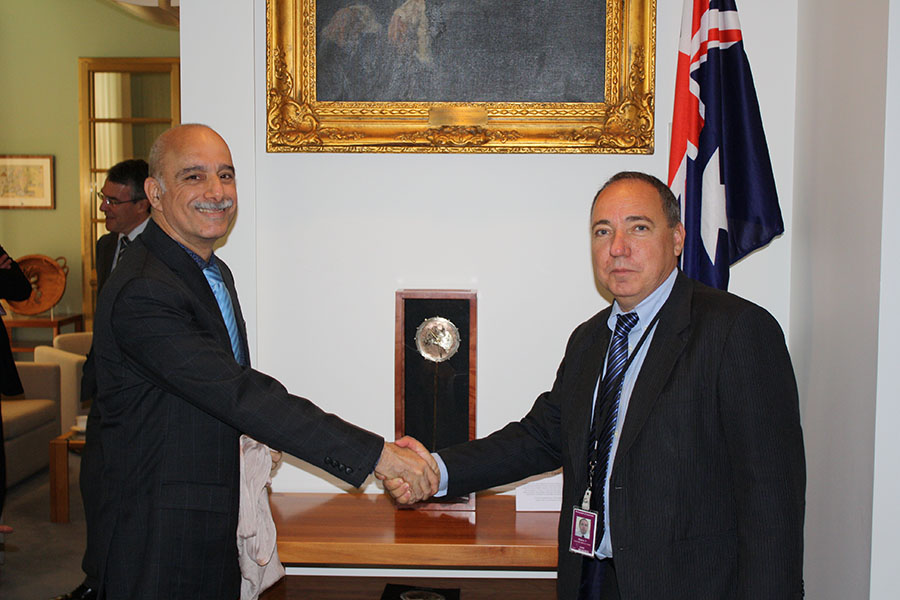 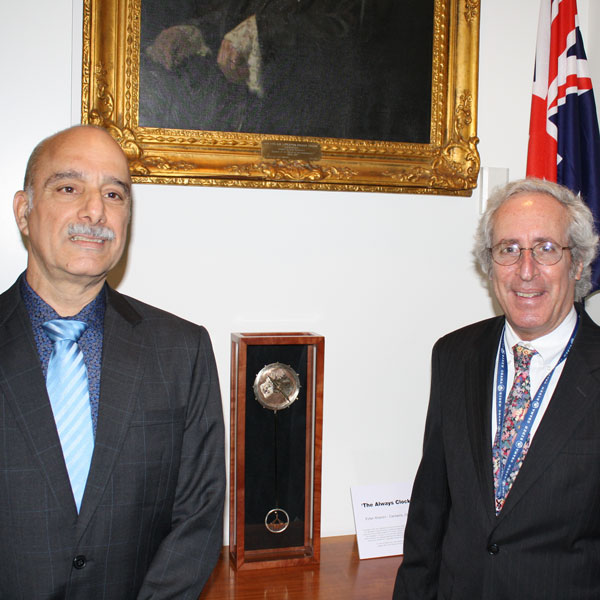 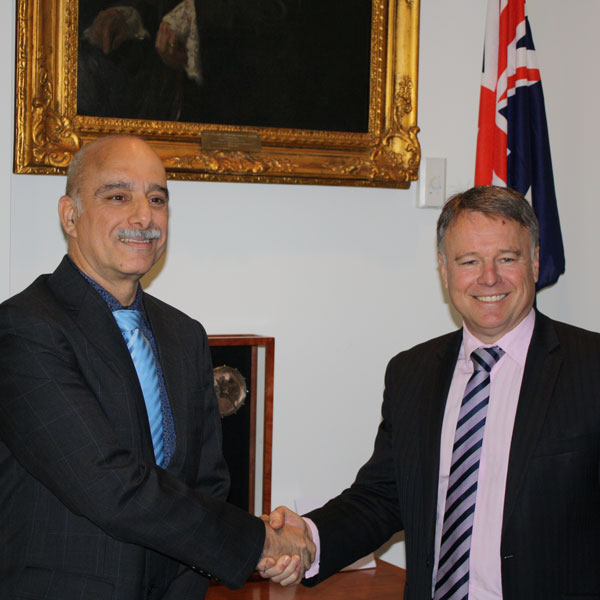 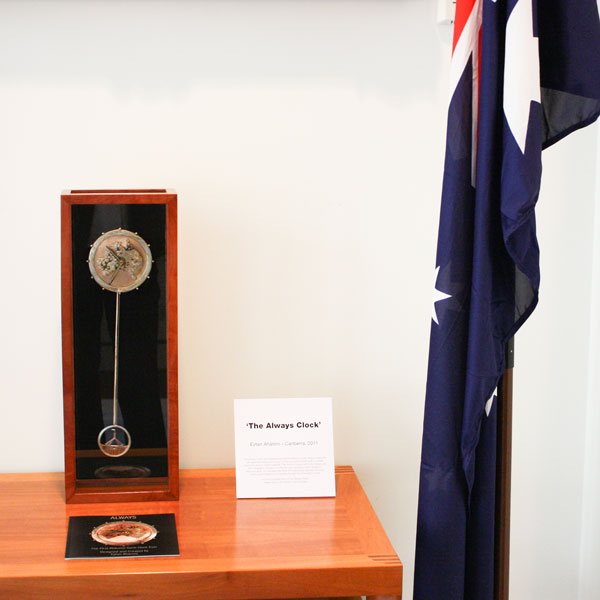 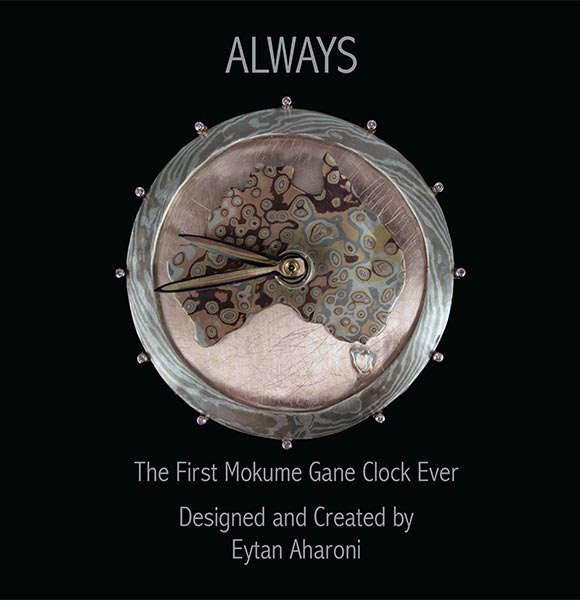 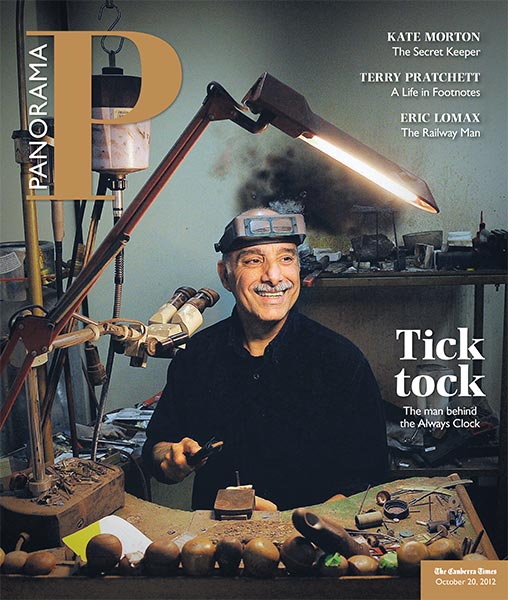